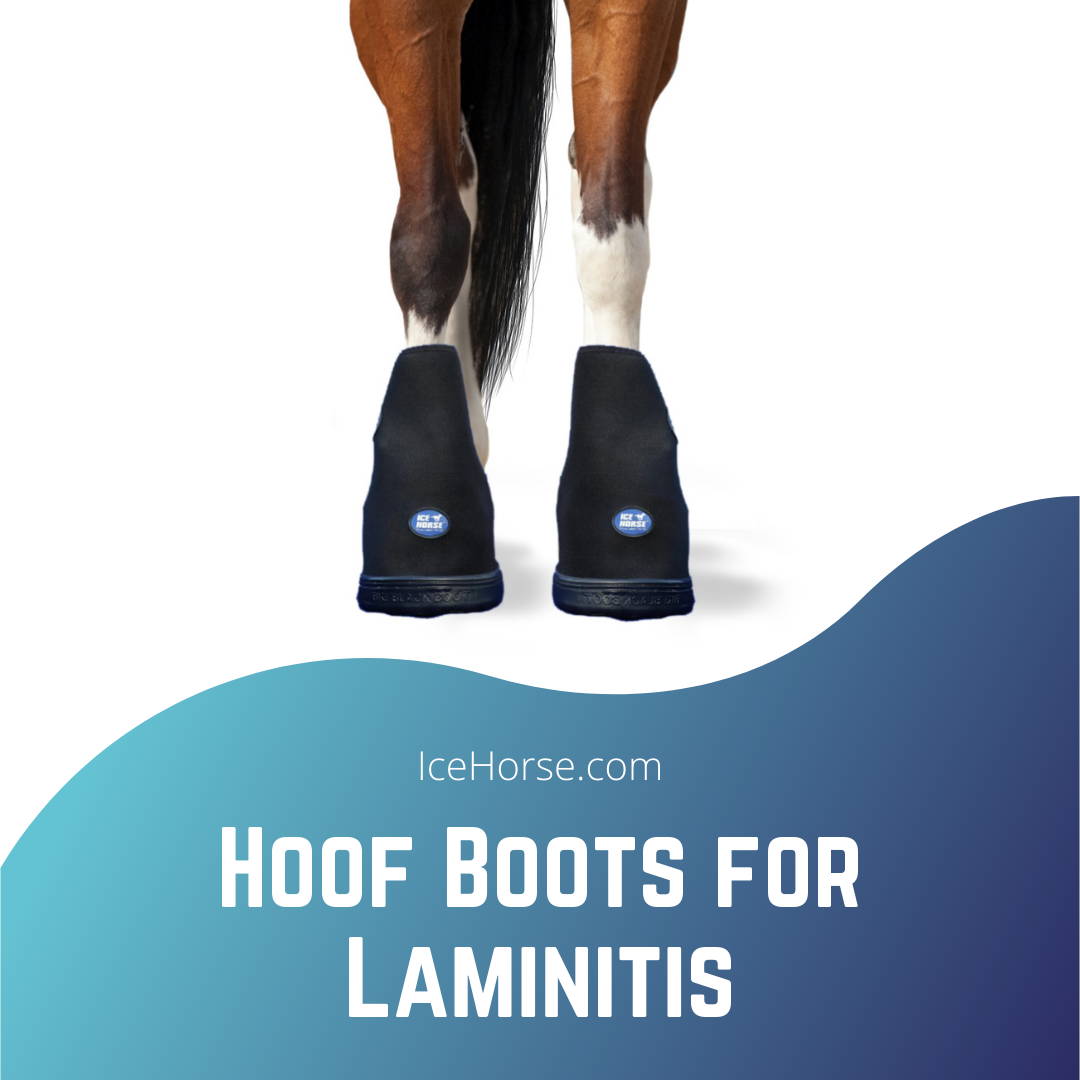 Hoof boots for laminitis! New study proves they can reduce the temperature to a therapeutic level.

Digital cryotherapy is commonly used for laminitis prophylaxis and treatment. Currently validated methods for distal limb cryotherapy involve wet application or compression technology. There is a need for a practical, affordable, dry cryotherapy method that effectively cools the digit.

The objective of this study was to evaluate the hoof wall surface temperatures (HWSTs) achieved with a novel dry cryotherapy technology.

Experimental intervention at a single site. Participants 6 systemically healthy horses (3 mares, 3 geldings). Interventions Cryotherapy was applied to six horses for eight hours with a commercially available rubber and rubber and welded fabricice boot, which extended proximally to include the foot and pastern. Reusable malleable cold therapy packs were secured against the foot and pastern with the three built-in hook-and-loop fastener panels. Primary and secondary outcome measures HWST and pastern surface temperature of the cryotherapy-treated limb, HWST of the control limb and ambient temperature were recorded every five minutes throughout the study period.

Dry application of cryotherapy significantly reduced HWST and reached minimums below the therapeutic target of 10°C. This cryotherapy method might offer an effective alternative for digital cooling. 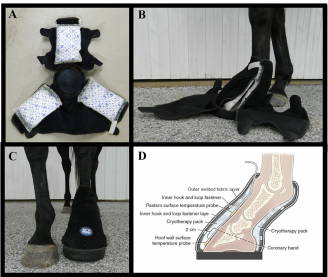