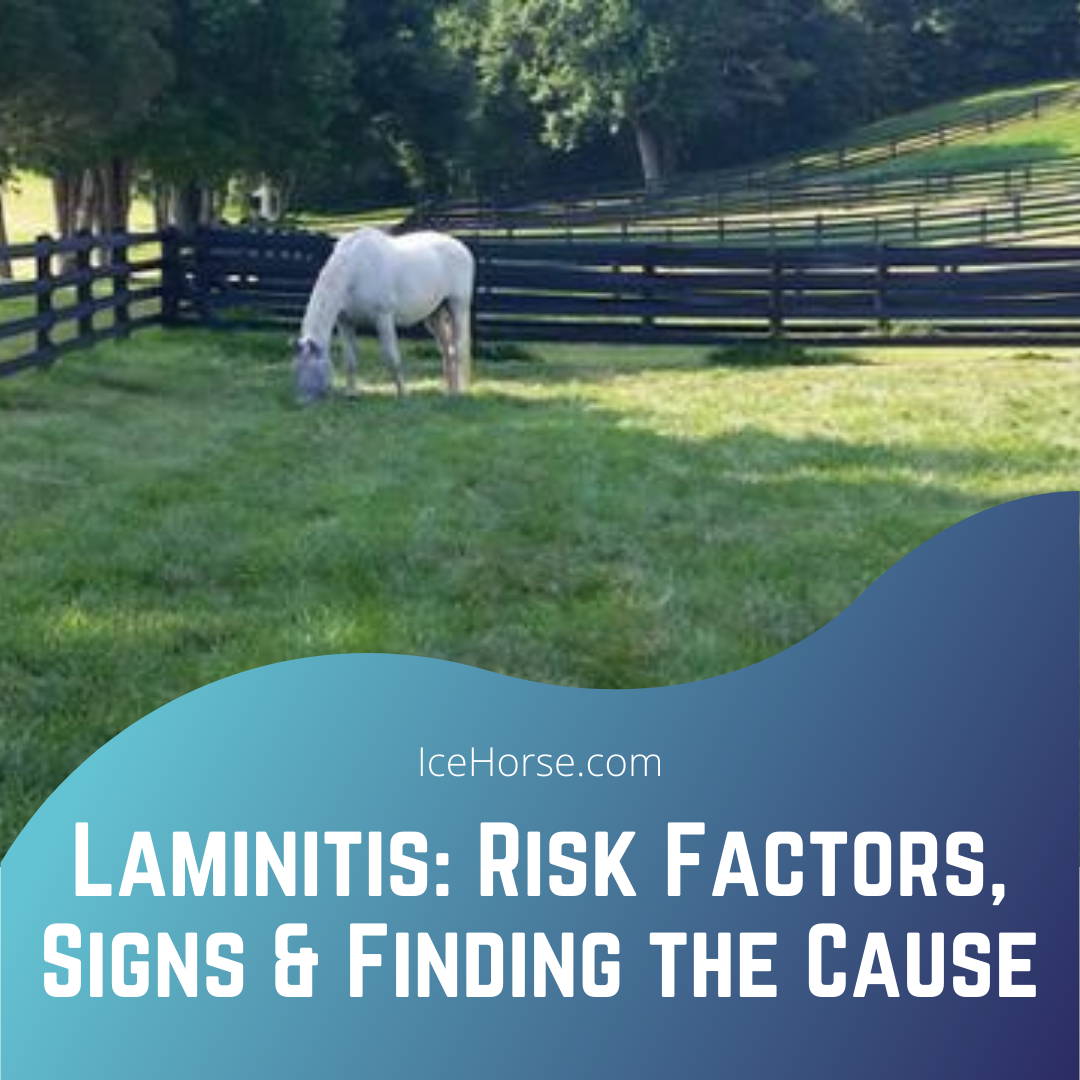 How does the horse owner know a horse is developing laminitis? It’s critical to also understand the risk factors involved here, and laminitis has quite a few. Metabolic issues such as Cushing’s Disease or Insulin Resistance play a role. So does your horse’s job - does he have repetitive motion on a hard surface? What about your horse’s medical history - has he had laminitis in the past?

There are other risk factors as well, including your horse’s weight, breed, gender. Overweight horses are more at risk, as are geldings and ponies. There’s also the cases of the horse developing laminitis from a fever or secondary to some disease, even secondary to colic.

Then you need to keep your eyes peeled for the signs of laminitis - including lameness, an increased digital pulse, reluctance to walk or turn, the parked out stance, and even what appears to be mild colic.

Once your Veterinarian is involved, which should happen right away, then you can go about finding the underlying cause of laminitis in order to prevent further episodes and stop laminitis from being chronic.

The Ice Horse team interviewed leading laminitis expert Dr. James Orsini from the New Bolton Center in Pennsylvania, this is what he shared with us!