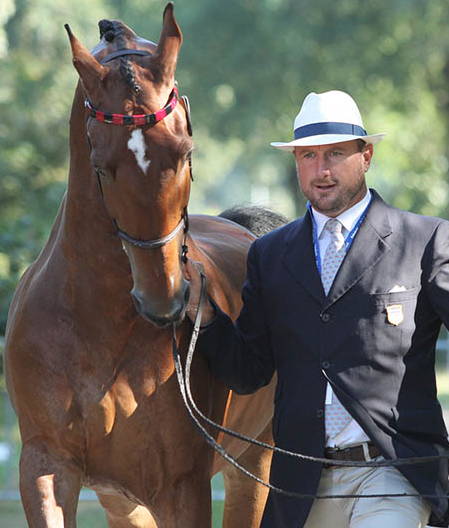 Chester is a 17-time U.S. Equestrian Federation Four-in-Hand National Champion, and regularly ranks in the top 3 for FEI world rankings.

He has won 4 silver medals at World Equestrian Games, and a historic team gold—in 2018 at the WEG in Tryon.

When he was 18 years old, Chester was the youngest driver to be named to the United States Equestrian Team for the World Pairs Driving Championships in Beesd, the Netherlands.

Live Oak Stud in Ocala Florida serves as Chester’s home and Team Weber’s base of operations when not on the road.

"After my horses work we regularly use Ice Horse on the team. My go-to products are the Ice Horse Knee to Ankle Wraps and Tendon Wraps"